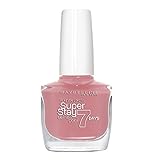 The Maybelline Company was created by a 19-year-old entrepreneur named Tom Lyle Williams in 1915. Williams noticed his older sister Mabel applying a mixture of Vaseline and coal dust to her eyelashes to give them a darker, fuller look. He adapted it with a chemistry set and produced a product sold locally called lash-in-brow-line. Williams renamed his eye beautifier Maybelline, in honor of his sister Mabel, who gave him the idea. In 1917 the company produced Maybelline Cake Mascara, “the first modern eye cosmetic for everyday use” and Ultra Lash in the 1960s, which was the first mass-market automatic. In 1967, the company was sold by Williams to Plough, Inc. The entire cosmetic production facility was moved from Chicago to Memphis over one week-end. In 1975, the company moved its factory to Little Rock, Arkansas, where it is still located. In 1990, Schering-Plough sold Maybelline to a New York investment firm, Wasserstein Perella & Co. Maybelline Operational Headquarters remained in Memphis until being sold in 1996, when headquarters moved to New York City. The makeup factory moved to Brooklyn in 2000. Maybelline received a boost when the company hired Lynda Carter as the company’s beauty fashion coordinator after her television series ended; she also appeared in several of its television and print advertisements. Josie Maran, Miranda Kerr, Sarah Michelle Gellar, Melina Kanakaredes, Zhang Ziyi, Siti Nurhaliza, Fasha Sandha, Sheetal Mallar, Julia Stegner, Jessica White and Kristin Davis have endorsed Maybelline products. The current faces of Maybelline are Adriana Lima, Christy Turlington, Erin Wasson, Kemp Muhl, Emily DiDonato, Jourdan Dunn, Marloes Horst, Lisalla Montenegro, Gigi Hadid and Shu Pei. In 1991, the company adopted its advertising slogan “(Maybe she’s born with it.) Maybe it’s Maybelline.” which is still used today. The company was acquired by L’Oréal in 1996. Acquiring Maybelline gave L’Oréal access to mass markets in cosmetics.

This website uses cookies to improve your experience while you navigate through the website. Out of these, the cookies that are categorized as necessary are stored on your browser as they are essential for the working of basic functionalities of the website. We also use third-party cookies that help us analyze and understand how you use this website. These cookies will be stored in your browser only with your consent. You also have the option to opt-out of these cookies. But opting out of some of these cookies may affect your browsing experience.
Necessary Always Enabled

Any cookies that may not be particularly necessary for the website to function and is used specifically to collect user personal data via analytics, ads, other embedded contents are termed as non-necessary cookies. It is mandatory to procure user consent prior to running these cookies on your website.